Galata Tower Lighting At Night With Its Heavenly Beauty 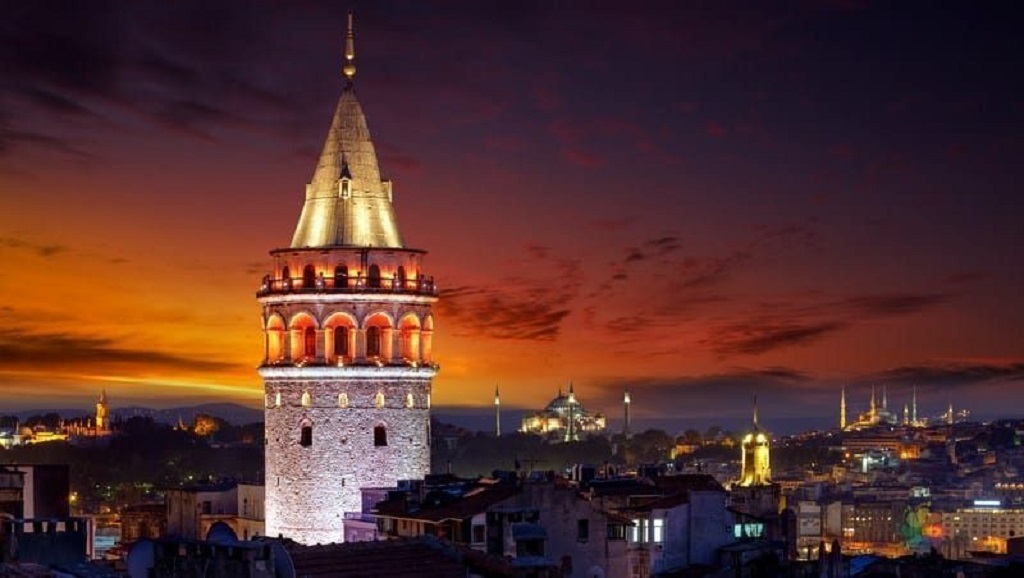 24 Sep Galata Tower Lighting At Night With Its Heavenly Beauty

Posted at 15:31h in Tips and Reviews by Tony Jackson 0 Comments

Which is more beautiful to you? Day or Night? Mine is night. What could be more beautiful than a moonlit night? And when you in a historical city like Istanbul night becomes more precious with the amazing lightings.

The interesting part is, when you start to explore the city you will find a different one in the nighttime. It’s like the city just changes its form in the night.

You know that Istanbul is one of the most famous tourist attractions in the world because of its amazing monuments, historical structure, and the amazing history of the city itself.

This city in earlier times was not what it is now. once it was known as the Byzantine Empire. And later when conquered by the Ottomans named Istanbul.

This city has recorded a history of almost 15 centuries. And during these centuries several conquerors attacked the city and taken over the power.

Which resulted in more and more structures and monuments by different rulers. From all those monuments and structures the place that earned its position as a landmark is the Galata Tower.

This tower is not itself extraordinary but holds the witness of other extraordinary events. This tower appears almost in the heart of the city which makes it the center of tourist attraction.

Every day hundreds and thousands and people visit this tower. You can have a panoramic 360-degree view of the whole city from the roof of the tower.

This place is being used as the symbol of the city and also by many organizations of the country. This Tower faced many disasters and calamities but didn’t get destroyed.

For centuries this Galata Tower Has been standing as the witness of events. This tower has been used as a lighthouse, prison, and finally as a tourist spot.

Once it was known as a holy place also. So, as day by day, these places accommodation changed so the appearance.

In the phrase of time because of different calamities, it has been going through several renovations. Some are outer some are inner.

But of all renovation what gave this Tower a more extraordinary look is its amazing lighting at night. By the grace of amazing designers, the Galata tower has got amazing lighting.

The lights are HD and so well organized which makes the building look extraordinary among all the other buildings. The combination of different colored lights makes it more focused from far away.

The lights in the windows of the tower make it look like eyes that are keeping eyes on the whole city. Then comes the blue light on the outer side ground which only focuses on the building and almost looks like color on its body.

Those lights give this tower a beautiful glow through the night and make the view from far away more romantic and mentionable.

If you are staying at a nearby hotel to the Galata Tower with your partner then you can get a mesmerizing romantic view at night.

This was all about the lighting outside. Now the inside if also very beautifully decorated. This tower has a café on top of it and a classic museum on the ground floor.

You can also enjoy traditional sema music and can also participate in it if you want to. All in all this Galata Tower is a perfect place to enjoy both night and day.

When you will be in that place can feel the essence of history and the beauty of culture. Sometimes some of the places look different from how it looks in the photos.

But this place is exactly what it is in the photos and in real. Visiting a place like that is money worthy and will not make you regret.