Answering doubts about the Trekking to the Everest Base Camp Posted at 05:30h in Tips and Reviews by Lisa 0 Comments

In reference to the Trekking to the Everest Base Camp that I did a few years ago in Nepal, I periodically receive emails asking for all kinds of details about it. People need to control well how many days they will need to do the trek beforehand, what is the technical level of the trek and what material is necessary to take from home among other things.

In this case, I received a message from Pedro, a Mexican reader who plans to make the journey with his partner next April, and I think his questions can clear up doubts that other readers may have, so I think it’s convenient to publish the conversation on the blog. By the way, with the first question, I burst out laughing! It has no waste. 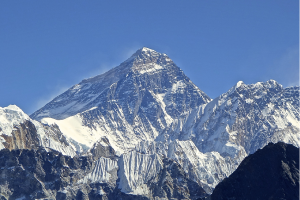 Well, during the entire route you will hardly see water where you can shower. There are rivers and many. You can wash your face but in hostels, if you want a shower with hot water you have to pay. Think that all electrical current works through generators. Hot water per se does not exist. If you ask for it, they have to fill pots to heat the water and put it in the cistern so you can take a shower. Of course, they make all this work pay and it costs three times more than the price of the usual overnight stay and dinner.

In total, in the end, I did not shower even once until I finished the trek. I washed over the rivers and went with thermal running shirts that dry quickly and do not make much smell… or so I hope! I put the shirts in the river for a while and dried them hanging from the backpack while I walked to change them the next day.

Did You Upload Kala Pathar? Is The Climb Technical Or A Simple Uphill Trek?

The Kala Pathar let’s say that it is the final climax to the Trekking to the Everest Base Camp Field. Going up to it rewards much more than reaching the base camp since from here you have spectacular views of the glacier and the peaks that surround us. It seems as if it were a great peak with its 5,500 meters high, but it is nothing more than a small hill, without ice or difficulties, from where one can have spectacular views of its surroundings.

In fact, that same day my feet hurt from my boots and I chose to climb Kata Patar with flip-flops, so you can imagine that it is not difficult at all. I was amazed for a couple of hours seeing the highest mountains in the world around me. A real joy.

Did You Camp At Base Camp?

Yes, there is a small cabin just before reaching Everest Base Camp. His name is Gorak Sheep. When I went there were only 4 people in total plus the man who ran the place. They have their blanket and boiler in the main room which feeds on yak shit. It was horribly cold outside but I didn’t get cold sleeping even with my +5-degree jacket that wasn’t any security.

I did not see people conducting expeditions. I walked around the base camp. From Gorak Sheep it takes just over an hour or two to get there. There was nothing in the place. Well yes, a crashed Russian helicopter and its pieces on the ground. Nothing more. I guess it was not the time of the expeditions (end of September).

If you bring your own tent, they will surely let you camp for a minimum price anywhere along the route (I advise you to stay in Gorak Sheep or ask there how things are at base camp). In all the shelters or hostels (I don’t really know what to call them because they are really special) they cook all kinds of food: pasta, pizzas but the best without a doubt is the homemade food: the debate: a wonderful mixture of lentils, rice, and vegetables of the earth!