Most Attractive Beaches In The World

Home > Tips and Reviews  > Most Attractive Beaches In The World 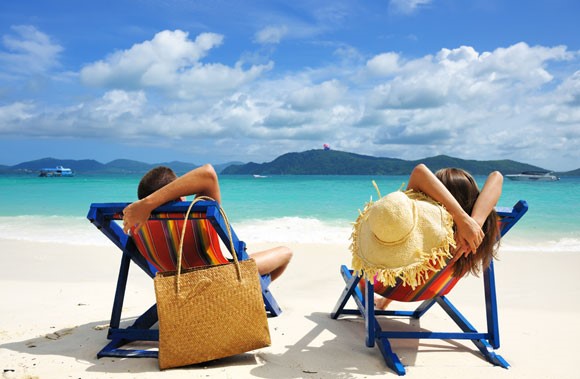 03 May Most Attractive Beaches In The World

Posted at 17:48h in Tips and Reviews by Tony Jackson 0 Comments

Made up of about 71 percent water, 96.5 percent of which is held in its oceans, our planet is home to thousands upon thousands of drop dead gorgeous beaches. So choosing the very best piece of sandy real estate in the world is slightly subjective.

For this article, from americancasinosites.com, we went with beaches in beautiful locations that are relatively accessible to travelers. We also chose a mix of urban and island beach destinations.

If you’re searching for Southeast Asian beach bliss, super-mellow Saud Beach on the island of Luzon is a sure thing. Its white sand pitches gradually into the clear-as-glass water, like a real-world example of a zero-entry swimming pool. Swim in the peaceful waves, lunch under a thatch-roof cabana under the palms, or hire an outrigger for excursions on the water.

Elafonissi Beach’s immense popularity comes from its pretty pinkish sand, warm lagoon-like waters, and very wild feel. Elafonissi Beach is actually an island, separated from the mainland by the shallow water and sandbars that only disappear under about three feet of water at high tide. Facilities are limited to palapa-covered sun loungers and a handful of tavernas for fresh seafood. If Elafonissi is too packed, try Balos Lagoon in the north.

Located in a buzzing fishing village of the same name on Zanzibar Island, Nungwi Beach is one of Tanzania’s most-hyped attractions. A big part of the appeal is Nungwi’s fantastic coral sand, which seems to emit a pale, otherworldly glow. Pristine, easy-swimming water, craggy rocks, and lovely sunsets dipping below the dhow-dotted sea complete the picture. With hype comes commerce: The area has a heavy concentration of restaurants, beach vendors, bars, resorts, and outfitters for water sports and excursions (deep-sea fishing, sunset cruises, and trips to the incredible Nakupenda Beach sandbank off of Stone Town are especially popular).

Long before Hollywood put it on the tourist map (first with “South Pacific” in 1958, then “The Descendants” half a century later), Hanalei Bay attracted locals for its near-mystical beauty. Its string of beaches — Wai’oli, Hanalei Pavilion, and Black Pot — is framed by jade-colored mountains hurtling 4,000 feet high. The area is popular with surfers in the winter, when the waves pick up size and speed.

Perhaps the most famous beach in the world, glam Copacabana Beach has just about everything going for it: three miles of glorious golden sand, a party-like vibe, and a dazzling skyline of jagged mountains and Art Deco and modernist architecture. Even the beach boulevard, a swirly black-and-white mosaic design by landscape architect Roberto Burle Marx, is a visual knockout. The beach acts as the city’s social hub (especially on weekends), with locals sunbathing, promenading, and playing volleyball, and vendors selling everything from popsicles and shrimp skewers to caipirinhas and ice-cold beer. Copa’s glory days may be behind it (Leblon and Ipanema are chicer “it spots”), but the vintage appeal is part of its charm. You can play games at best australia online casino while enjoying the view here.